Asthma is one of the top health issues affecting people from age groups. The high rise in pollution and increasing low quality of the air only adds to the suffering. As per a report of WHO around 15-20 million asthmatics are in India.

So, what exactly is Asthma?

Derived from the Greek word; asthma means panting. Asthma is long term health condition which causes inflammation of the airways of the lungs. It is an incurable common lung disorder which causes the bronchi to swell. As a result of this, breathing becomes difficult by causing the air passages to become narrow or blocked. Triggered by several factors asthma attacks are really crucial and needs immediate response. Let us discuss  the causes of asthma and how to deal with it at length.

According to WHO the fundamental asthma causes are still unknown. Different aspects of a person’s environment and genetic condition can be the reason for the development of this disease. Regardless of age, asthma can occur to anyone. However, the general symptoms can start around the age of 5 years in the form of wheezing and regular infection in the respiratory tracts.

The following are the asthma causes:

Allergy is one of the dominant causes for asthma. It occurs when you breathe things called allergens (allergy triggers) like pollen, dust mites, or mold. In allergic asthma, the airways are extra sensitive to certain allergens. Some of the common sources of allergens are:

Smoking tobacco is one of the prime reasons for asthma causes that can trigger asthma symptoms. Cigarettes, pipes or cigar smoke can be severely harmful for a person with asthma. This is because when tobacco smoke is inhaled it harms tiny hair like structures in the airways known as cilia, which sweeps dust as well as mucus out of the airways. Tobacco smoke damages the cilia gradually making it unable to work, allowing dust and mucus to accumulate in the airways. Passive smoke or secondhand smoke is even more harmful than actual smoking. This is due to the smoke that burns off the cigar or cigarette ends contain harmful elements such as nicotine, tar and carbon monoxide. Thereby, passive smokers are more affected than the active smoker. Passive smoking is also harmful for children who already have asthma and can harm an unborn child in multiple ways.

Studies have shown that higher recurrence of asthma symptoms are mainly caused due to heavy air pollution both in and out of the home. Other environmental factors such as sulphur dioxide, ozone, nitrogen oxide, cold temperatures, high humidity and fast deteriorating quality of air are some of the factors. These factors lead to airway congestion, extra secretions of mucus and a condensed ability to clear mucus resulting in shortness of breath, coughing and even chest pain.

Stress leading to strong physiological reactions can cause asthma attacks. It is also important to note that strong emotions such as hard laughing and crying, anger, fear, depression or frustration can trigger asthma symptoms.

Asthma can be genetic. It is caused by multiple interacting genes i.e., it is a poly-genetic disease. It is not a single gene but the cluster of genes that are responsible for developing the condition. According to studies, children whose parents have asthma are more likely to develop the disease.

Atopy is a tendency towards developing certain allergic hypersensitivity reactions. A topic asthma is triggered by exposure to common allergens especially those that are in as food and air. More immunoglobi (IgE) antibodies are developed in the body during atopy than its usual production in response to common allergens, which leads to asthmatic reactions.

Perimenstrual asthma (PMA) is a type of asthma which occurs during the menstrual cycle. Sex hormones such as luteinizing hormone (LH) and follicle-stimulating hormone (FSH) that circulates during menstruation influence immune activity. The increased immune response can cause hypersensitivity in the airways. 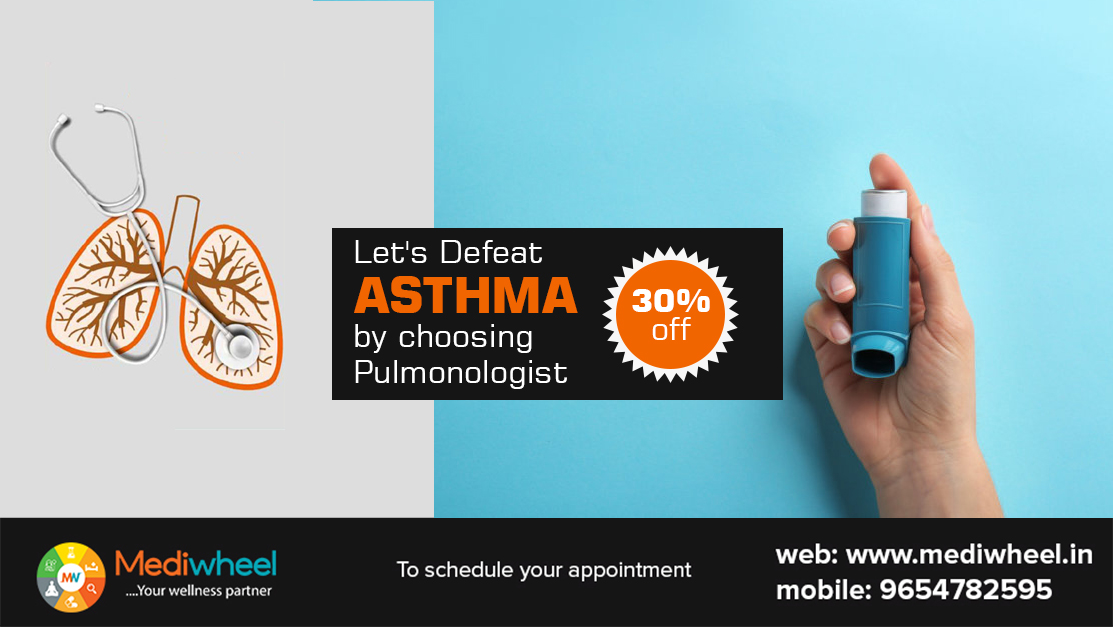 Asthma remains a complex, untreatable condition and there is no such prevention of this disease but identifying your triggers for asthma and staying away from dust and mold as well as keeping a clean environment can go a long way preventing asthma flare-ups. It is important to carry your asthma inhalers with you at all times.

4 thoughts on “What is Asthma – Causes and Symptoms?”