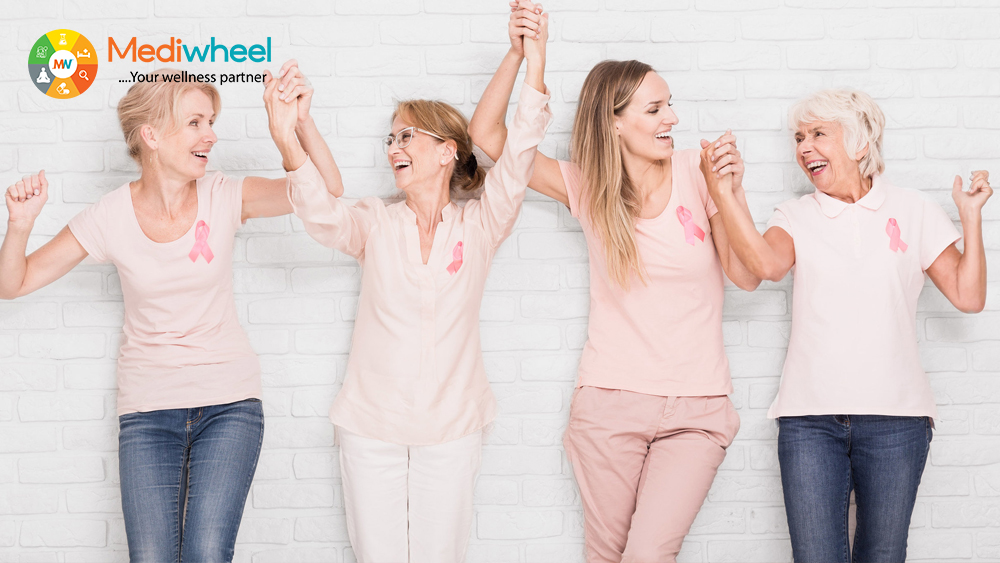 Breast cancer is one of the most common type of cancer which preys on a large number of women globally. India has witnessed a double incidence rate of breast cancer in the last 20 years. The rise in the number of cases every year poses the immediate need to spread proper awareness about breast cancer causes and ways to deal with it.

Breast cancer can be defined as an uncontrolled growth of the malignant cells in the mammary glands. It starts when the cells in the breasts begin to develop out of control. Breast cancer is caused due to the mutation of the breast cells and the cancer can occur either in the lobules (milk producing glands) the ducts (pathways that carry the milk from the gland to the nipples) of the breast. The cancer causes the cell to divide and multiply uncontrollably which causes the cancer to spread to the other parts of the body.

Breast cancer may not show any symptom in its early stage and sometimes the tumour may be too small to be felt but a deformity can be seen on a mammogram. The first breast cancer symptom would be a new lump in the breast. But not necessarily a single lump would confirm the breast cancer, but there are many other symptoms which should be taken into consideration for the treatment of breast cancer. Some of the major symptoms that raise a concern are listed below:

Pain in the breast or breast lump can be caused by benign cyst. Hence, if you find any of these symptoms it does not necessarily mean that you have breast cancer. However, it is advisable to consult a doctor as early as possible if you find any resemblance of breast cancer symptoms for proper examination.

One thought on “Breast Cancer: Causes and Symptoms”